The Citizens Bureau of Investigation (CBI) is one enterprise in a collective of many common-focused citizen investigative & research advocacy organizations. Each has a particular niche ranging from legislating for basic victim rights, to eradicating elder exploitation, child abuse, domestic violence, bullying, sexual harassment,  and civil rights offences. Many in these nonprofits also realize the importance of exposing the systemic failures rampant in the adversarial civil court system that often places a preferred value on the rights of the perpetrator or allowing the illicit maneuvering of their counsel.  The same challenges endemic to white-collar corruption.

When these matters are reported by those trying to aid the victim they are consistently told these are weighed as civil matters and cannot be policed by law enforcement, therefor they must retain an attorney. A costly endeavor. To add insult to injury these societal plagues are often compounded exponentially by the legal professions failure to self-regulate despite its own mandates to do so. The legal community’s failure to police itself as defined by ABA Model Rule 8.3 sets the stage to repeatedly victimize the very persons whom seek its refuge. The same profession that is supposed to champion justice, victim rights, federal acts, statutory and constitutional laws repeatedly fails to do so and is therefor at odds with itself.  This leaves a deep and broad societal chasm that has created an increasingly audible public outcry. 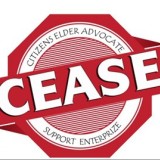